Jennifer has been a speech-language pathologist since 1999. She has worked with children and adults in schools as well as hospitals. Jennifer’s specialties include speech sound therapy, tongue/lip/jaw strengthening, and language therapy for children or adults who have autism, brain injuries, or other challenges. She is also trained in myofunctional therapy.
» Degrees and Associations 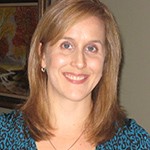 Heather has been a Speech Language Pathologist since 1999. She is also a Certified RDI (Relationship Development Intervention) Consultant. She has worked with children from preschool age through adolescence. Heather works primarily with children with autism and their families practicing both direct therapy and family coaching. She has worked in multiple settings including a private multi-disciplinary therapy centre, independent school and private practice.
» Degrees and Associations

Karen has been a speech-language pathologist since 2004. She has worked with school-aged children and adults in clinics and hospitals. Karen’s specialties include language therapy, speech sound therapy, cognitive-communication therapy, and swallowing assessment and therapy for children or adults who have acquired brain injuries, developmental delays/disabilities, or other challenges.
» Degrees and Associations

Grace has been a certified speech-language pathologist since 1999. Her area of specialization is working with children and adults from culturally and linguistically diverse backgrounds. Her practice reflects current research in multilingualism and cultural influences in English acquisition. She has worked in various settings, including schools and private clinics. She also provides parent/child workshops in areas of autism and early intervention, professional development in assessment and treatment of bilingual children, and fluency/stuttering assessments and treatment for all ages. Services for adults includes accent modification using research-based assessment and intervention.
» Degrees and Associations

Pamela has been a speech-language pathologist since 2011. From Quebec City, she has since worked in private practice settings with French speaking preschool children. Pamela’s specialities include language therapy and speech sound therapy for French Speaking / Bilingual (French-English) preschool children. In addition to her clinical practice, Pamela is also a Lecturer at the Faculty of Education of Simon Fraser University.
» Degrees and Associations 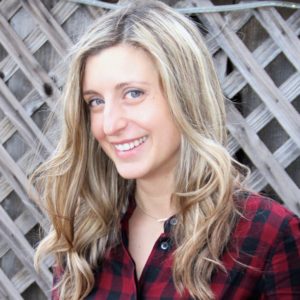 Cara has been a speech-language pathologist since 2007. Cara has experience working in a variety of settings, including private practice, early intervention, schools, and rehabilitation hospitals.  Cara’s specialties include language therapy, speech sound therapy, pragmatic language therapy, and therapy for apraxia of speech.